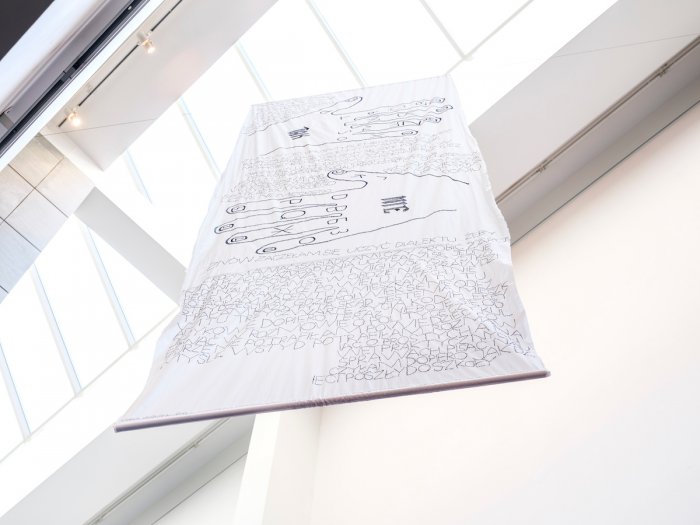 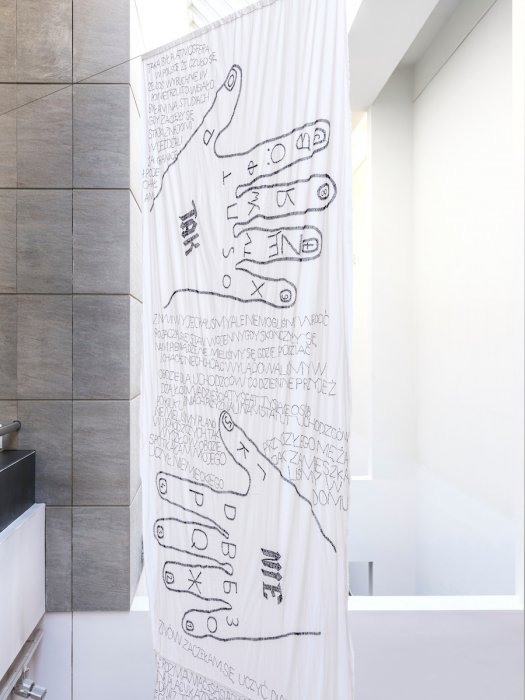 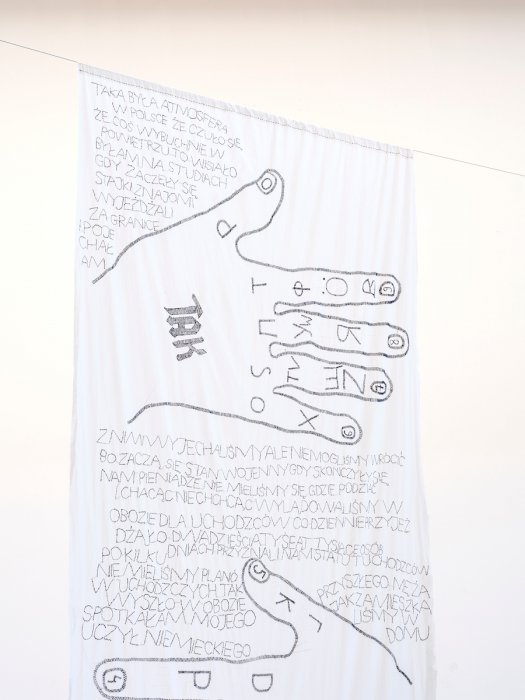 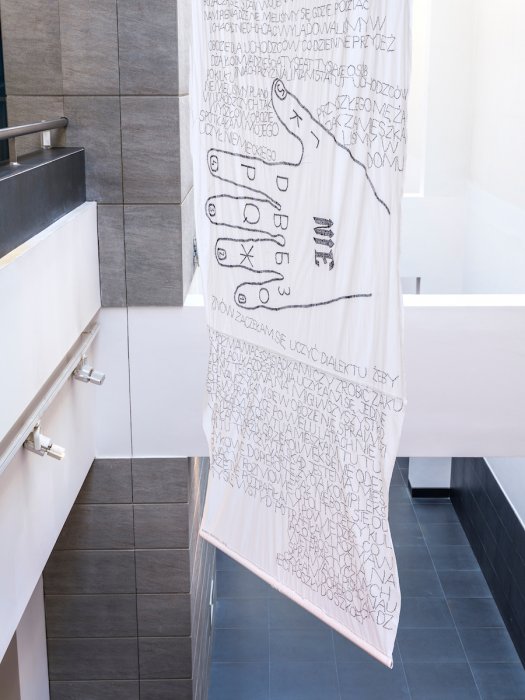 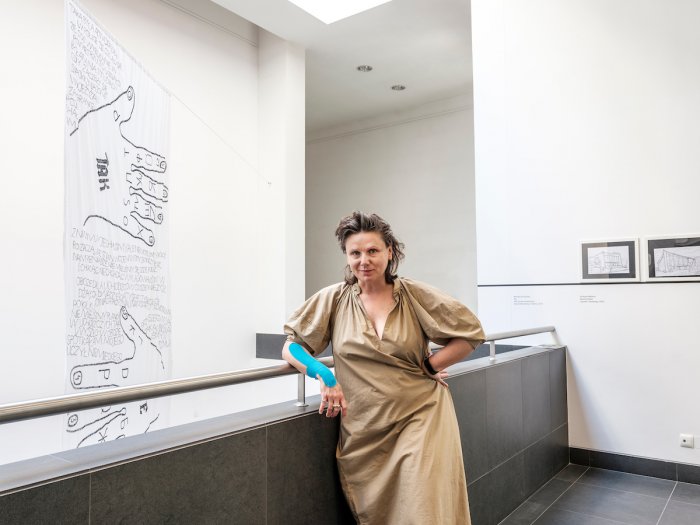 The fabric is an attempt to evoke the ghosts of the past and communicate with our ancestors using the characters of the alphabet. It is about the mixing of languages as a result of migration, based on the history of the 19th and the 20th centuries. It includes the characters used as the symbols of the resistance movement, letters that were banned by the occupiers during World War II, letters which were deemed to be eradicated. The fabric presents the story of Ala's migration, told through embroidery. Ala is not a real person; she consists in the history of several persons combined. This is a story about learning a new language, a dialect of it, and life as a refugee. The fictional person is a reference to the history we learn at school. Perhaps it was true, but then perhaps it wasn't. Every ghost is right in its own way.