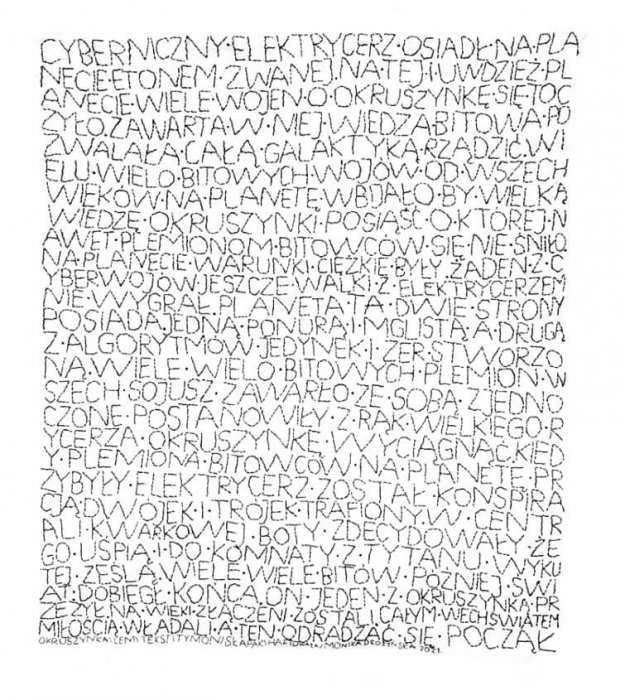 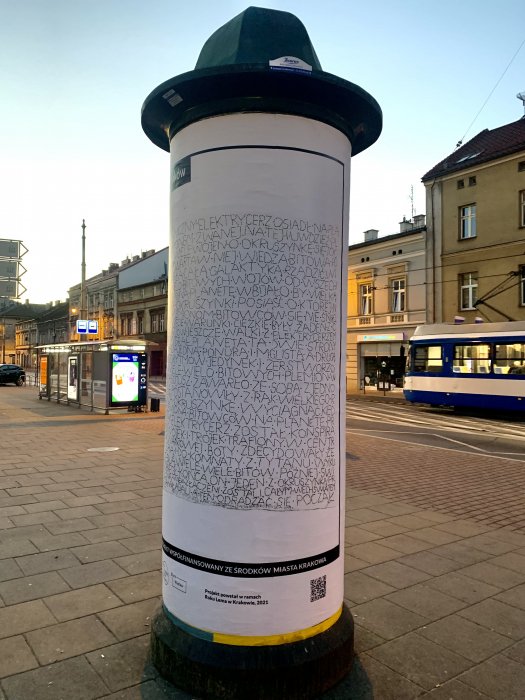 The artist's 11-year-old son, wrote a story about Speck. And his mother decided to embroider her son's story. The artist has collaborated with her son several times before. They presented joint works at the Zachęta National Gallery of Art (2020) and the Centre for Contemporary Art Ujazdowski Castle (2017).

The project was created as part of the Year of Lem in Kraków, 2021.
The project is co-financed by the City of Kraków.
Organizer: Exhibition Bureau / Polish Modern Art Foundation.