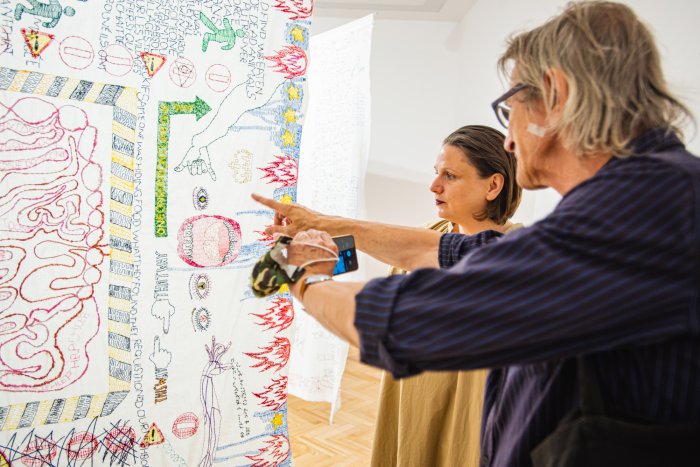 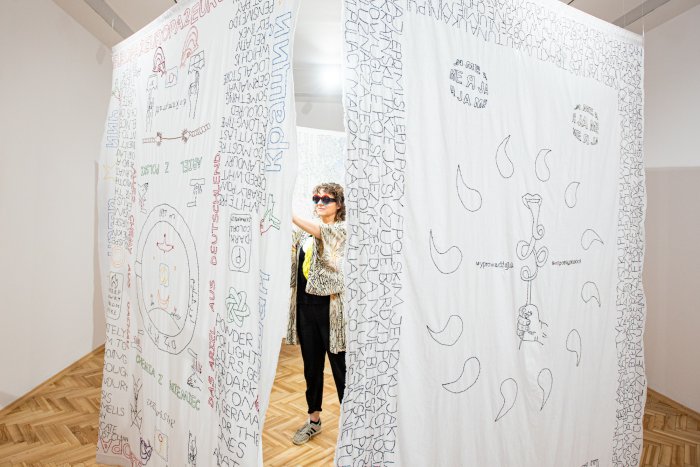 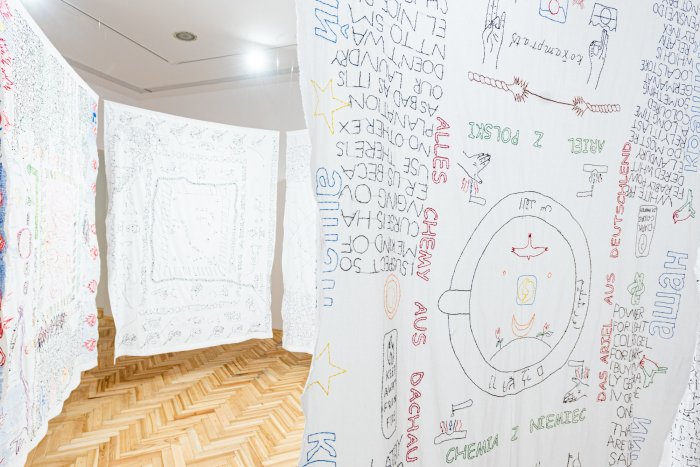 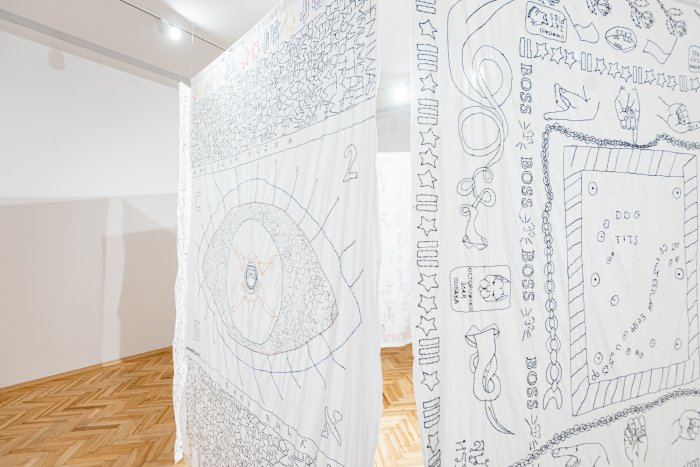 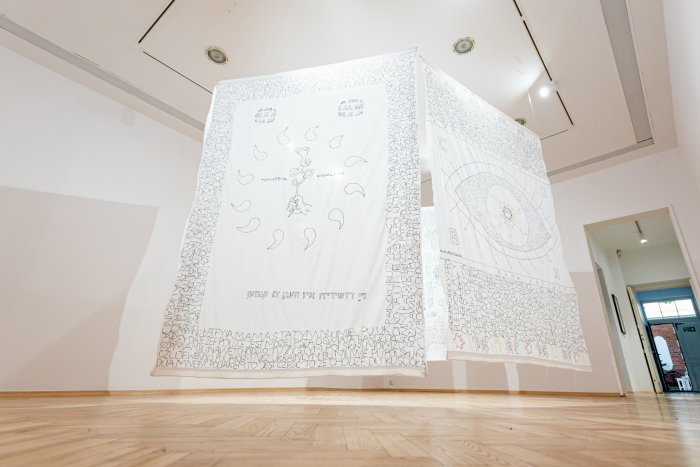 Immigration experiences are quite often similar, if not the same. They are intended to meet the need for a better life or are a promise of that. First, though, comes the necessary struggle to assimilate with society, including learning the language. Language is the tool which singles out immigrants by way of aspects such as their accents. However, immigration also gives rise to an intermingling of languages and, hand in hand with that, the emergence of neologisms.
Drożyńska's works at the Foksal are neologisms of this kind and themes connected with the topic of interconnecting languages and their mutual action on the outcome of migration are a powerful presence within them. Her embroideries contain words and phrases in languages other than Polish, including Ukrainian. The title of the exhibition, Dużo dobre/дуже добрe, begins with the Polish transliteration of the second phrase, which is Ukrainian, shifting from the Cyrillic alphabet of the latter to the Latin of the former. The phrase translates into English as 'very good'.
Emigration has always been a presence in Drożyńska's family. This is a story she tells:
I was eleven years old at the time. My mother was sitting in the kitchen and crying. My parents had been trying to arrange to emigrate to Australia, but they were refused visas. My mother never stopped dreaming about leaving Poland... It was 2004, I was an adult by then, when she phoned me and said, "We're moving to Great Britain". They have British citizenship now. My life is split between Krakow and Manchester. I bring clothes and tea back from England, At the end of the nineteen nineties and, in all my summer holidays from the Academy of Fine Arts, I worked abroad. I weeded flower beds in the village of Made in the Netherlands and I was an acrylic nails extension technician at Grace Nails in Philadelphia [USA – ed]. The money I earned during those trips made life a bit easier for me as a student in Poland.
For Dużo dobre/дуже добрe, Drożyńska has brought together her own experiences of migration and emigration and linked them with the current situation of Ukrainian residents in Poland. As she herself puts it, "To me, it's a phenomenon that someone wants to come here, while my family always wanted to leave".
A booklet is being published to mark the exhibition. Part of it will be devoted to a dictionary of Ukrainian words and phrases which was compiled during workshops with participants of both nationalities, Polish and Ukrainian, in collaboration with Narodnyj Dim/Dom Ukraiński (The Ukrainian Home), a centre for culture, dialogue and education in Warsaw. Since 1945, Ukrainians have made up the largest national minority group living in Poland and Dużo dobre/дуже добрe is also intended to accompany activities in the public space which are designed to offer Poles a chance to explore the Ukrainian language.