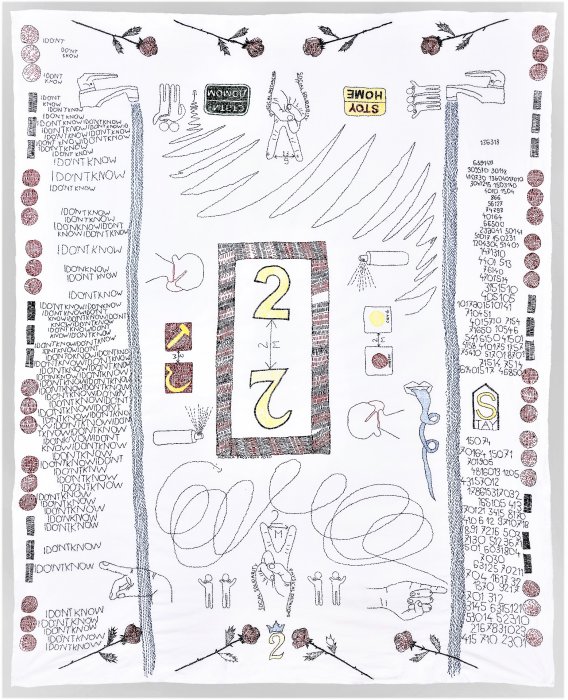 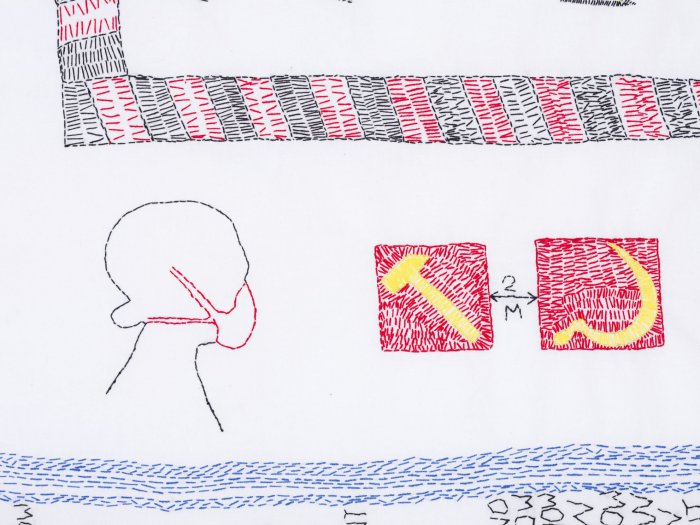 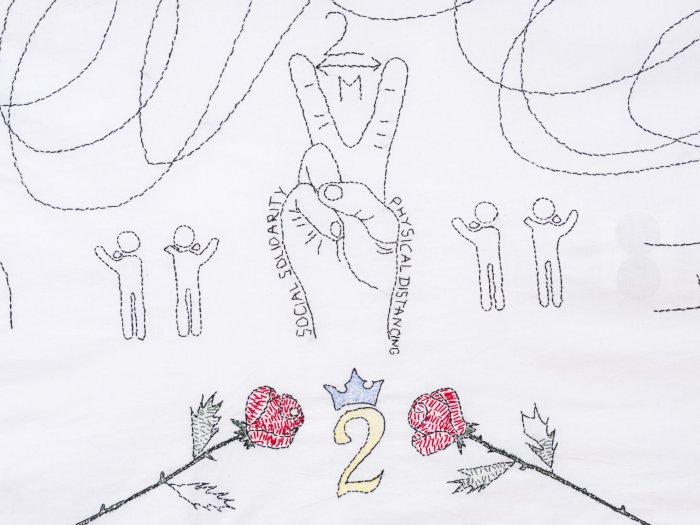 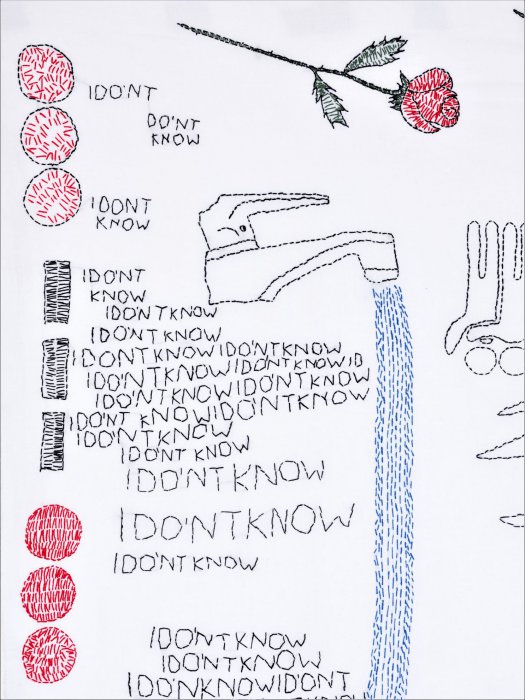 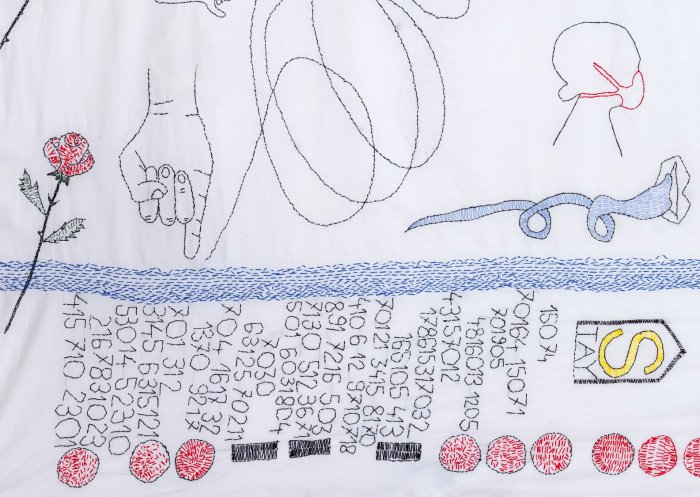 Tablecloth [Obrus]: A Series of Works

Tablecloths [Obrusy] have been embroidered. Employing the iconography of sign language, symbolism of prison tattoos, Morse code, the Braille alphabet, road, evacuation and warning signs, notice boards, iconographies of political systems, corporate logos, graphics representing social movements, the V sign, Georgian, Arabic and Afrikaans alphabets, line drawings of constellations. Each piece in the series deals with a different subject matter. Each tablecloth is a multicomponent essay, in which I am constructing a community of communication and experience. Originally, the Polish word 'obrus' referred to any cloth. The verb and gerund 'brusić/bruszenie' was the Old Polish 'wiping'; the 'obrus' came to be used to cover the table only in the late Middle Ages. In the tablecloth, texts, signs, images and communities clash.

The tablecloth is a meeting platform. It connects the cup, the plate, the guest's and the host's hands, bodies and thoughts. We're all living under the constellation, detached, and proximity is a threat. Language is tangled, sky-blue, with a knot tied on it. Letters are ornaments. Gestures are words. Logic, reason and proportions haven't made the grade. The tea is sour, the soup – salty, the cake – bitter. Hands on the tablecloth are joint and safe.

The third tablecloth is based on numbers. The world of Covid-19 has given rise to the language of numbers. Numbers of grants and subsidies, falls and rises, deaths, infections and recoveries, bankruptcies and unemployed. The safe number is 2. Reportedly, two metres is the distance required to preserve health. A half is a measure of hope. Halved symbols of the hammer and sickle, the Mastercard logo circles. How will political and economic systems change? Will they move towards a politics of care or to deepening inequalities?
I have invented a new narrative mode, for a creation of a new world. The languespeech with a touch of astrology. I've made use of iconography and symbolism of sign language, symbolism of prison tattoos, the Morse Code and Braille alphabet, evacuation and warning signs, iconography of political and economic systems, graphics representing social movements, various language scripts. I distribute them in space as an analogue of constellations, and approach them ornamentally. Reason and logic are cognitive tools of numbers. In languaspeech, these are intuition, feelings, emotions and the unconscious.

I don't know has been the most frequently repeated phrase in conversations and the media when referring to virus transmission, number of infections, life during and after the pandemic. Written in Broken English, the lingua franca of current times, in which mobility, travel and migrations are common practice. The availability of roaming the world is one of the causes of the pandemic.

Two/0.5/Half is one of the series of Tablecloth works.
see other works