Flag No. 5 A theatrical spectacle in the form of an embroidery workshop 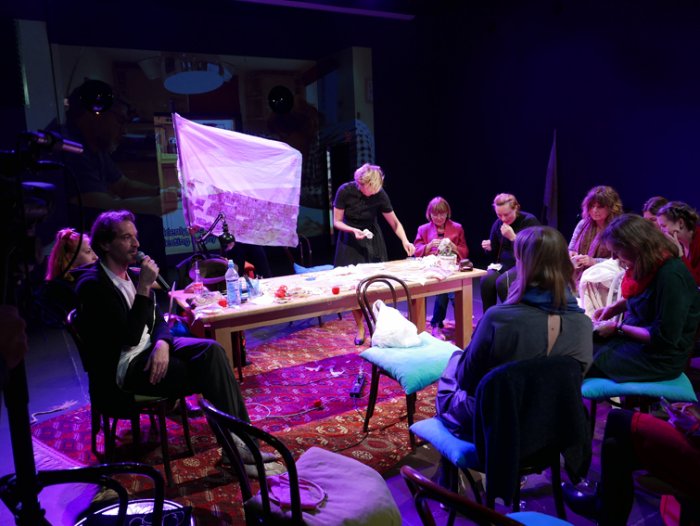 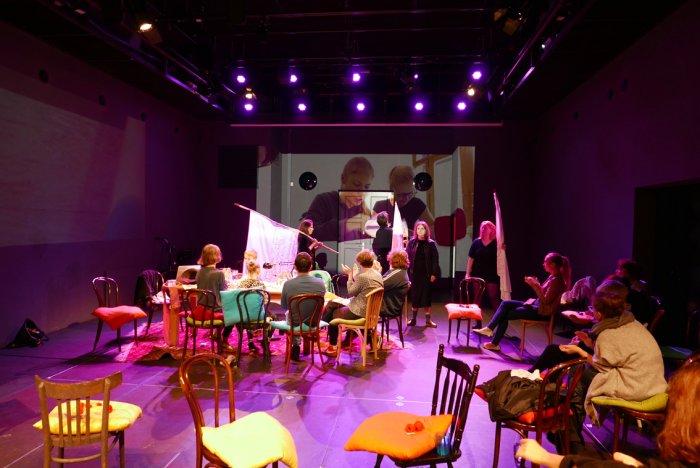 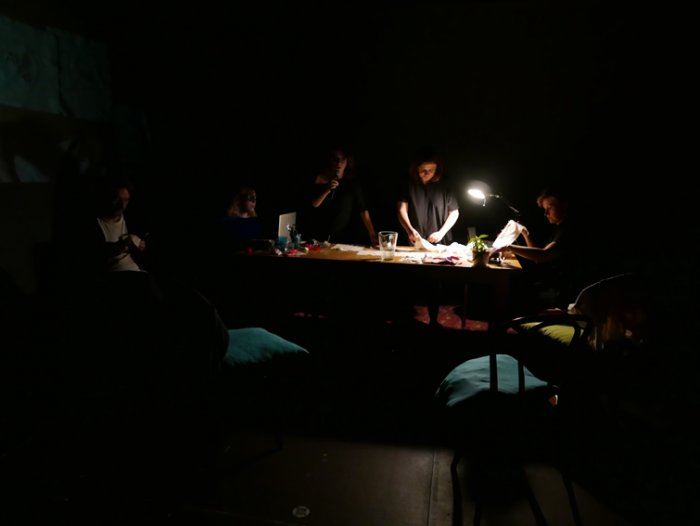 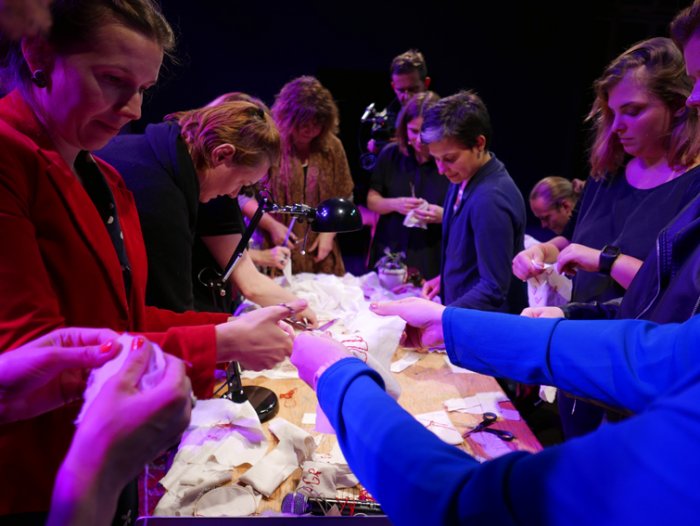 The "Flags" series is an obsessive project on therapeutic function of embroidery. Since the end of the 18th century needlework has been used as a cure for hysteria, melancholy, and masturbation. All obsessions contained in this piece of art are authentic. All are of a psychotic origin.
Participants: Monika from Gorlice, Mira from over the Bug river, Daniel from Opole, Betti and
Tomasz - they all yield under pressure of making their lives interesting. They all want to transform
their existence into something alluring. They ask themselves: who are they? In what moments they
give themselves over for show, playing roles of their own selves? For Monika from Gorlice, the
project is an award; for the rest of them working with Monika is an award itself.
Participants (3 of 4 of them) receive remuneration as subcontractors for participation in the
spectacle without obtaining copyrights on the resulting piece of art ("Flag No. 5"). Other possible
embroiderers do not receive remuneration. They will embroider voluntarily or as a result of
subcontractors manipulation. Instead of remuneration, embroiderers will get satisfaction from the opportunity of being part of the project.
Participants have their lack of embroidery skills at their disposal.
Drożyńska herself, pressurised by the oppressive language, leaves the group for some time, hoping her next work will get done while she is gone.
Due to the formal range of the event, the creators take art circles and other professional groups
tastes into consideration. Characters portrayed in this narrative are all true. Any identification with
non-existing persons is intended and should be inferred.
Each embroider evening is a different story and separate show. Participating in a single event does
not give notion of experiencing a second, third or fourth of them.
Cast: Daniel Chryc, Monika Drożyńska, Ana Forma, Mira Marcinów, Karolina Niemiec-
Gustkiewicz, Hanka Podraza, Tomasz Węgorzewski.
"Flag No. 5" was produced as part of the program "Placówka" of Zbigniew Raszewski Theatre Institute in Warsaw.